Our Original Letter about Shark Week 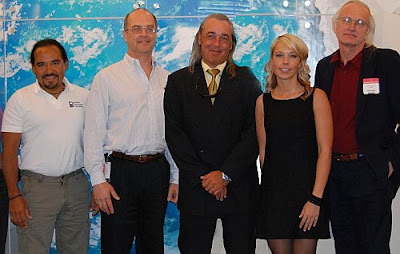 Members of our Internet shark discussion forum, SHARK-L, have been asked by your marketing representatives to help promote your famous Shark Week sequence. This letter, signed by list members and friends, is our formal response to the request from your grass roots agency, New Media Strategies, for our support of the programming.

How can we support Discovery Channel when we are fighting for shark conservation, and its biggest obstacle is the monster image given to sharks by the media, including Shark Week programs? Further, some of us who have been directly involved in the production of your documentaries feel disgusted at the way that our interviews were censored and our words twisted around.

Our group is comprised of scientists, researchers, educators, media companies, and many NGO's, lobbyists and others. In aggregate we represent a strong network of influence that can help or hurt the efforts of any shark related programming or initiatives. In an age where media fragmentation is plaguing marketers and entertainment companies, we represent an outlet of opportunity for you.

We try to remain current regarding scientific findings on sharks, and we watch as many of Shark Week's documentaries as possible. However, as the years passed, we have become appalled by the failure of these documentaries to reflect modern scientific knowledge of sharks. We understand the need to drive "tune-in" and ratings to satisfy your obligations to your advertisers. However, it is our impression that the Discovery Channel's Shark Week is stooping to the level of tabloid journalism by casting sharks as the sea monsters that science was never able to find.

It's no secret that people love monsters, blood, teeth and frights. On Shark Week, that seems to be what you are offering them, even though this subject matter fails to reflect current scientific understanding of these unusual and important fish. For example, though there are about 500 known shark species, inhabiting a wide range of ecolological niches, your shows focus on the biggest top predators, especially the great white shark.

In recent years, conservation groups as well as individuals and scientists have become concerned to the point of alarm at the speed with which sharks have been depleted, mostly for the growing market for shark fin soup. It is estimated that roughly seventy-three million sharks a year are slaughtered, (though some estimates are as high as two hundred million), a plunder that has stripped the oceans of roughly ninety percent of the accessible species. Casting sharks in a negative light leads to increased devastation of the species that you feature, even if that is not your intention.

Apart from the waste and brutality involved in shark finning, the threat of extinction is such an important part of the reality sharks face, that we ask why you have not used your power to publicize it. It is your responsibility as a credible media company to portray the perilous situation sharks face, thus bolstering consumer awareness and action.

On the contrary, we know from personal experience that you take the trouble to clip information about the finning crisis from your sequences about sharks, deliberately concealing the facts of this oceanic catastrophe from your viewers, who innocently believe that you are presenting them with science.

Thus not only are sharks misrepresented as monsters when they are not, but the truth of the ecological crisis that has befallen them is left out. In using shark attack mania for profit, you are reinforcing the main obstacle to shark conservation. In projecting an air of scientific knowledge when you are presenting only tabloid journalism, you are wronging the animals you portray.

Your own words clearly express how you promote and prolong their "Mindless Man-eater" image, and contribute to an attitude that allows their mass slaughter with almost no public sympathy, nor protest:

We take issue with Ocean Conservancy as well, for allowing themselves to be associated with such a travesty.

In the 1970s, Peter Benchley’s fictional best-seller, JAWS (which Steven Spielberg made into a blockbuster movie), dramatically increased our immemorial fear of sharks. By the 1980s, that fear had largely given way to curiosity, resulting in an unprecedented amount research on them. Thus, in the 1990s, as sharks became target species for Asian markets, scientific data were available to combat the new threat to sharks.

We are no longer in the 1970s, and the archaic perception of sharks you present belongs on the History Channel, not the Discovery Channel. Peter Benchley became a spokesman for sharks and an ardent shark conservationist. We suggest Discovery Channel follow his example and move Shark Week into the 21st Century.

We welcome and encourage an open dialogue with Discovery Networks in regard to the programming for next year's Shark Week. Let's work together to balance your ability to drive "tune-in," with your responsibility to create awareness of the global marine disaster created by the intense overfishing of sharks.

We can fully support your efforts, resulting in many niche media publications and websites, reaching millions of consumers, to influence people to tune in and watch. Some list members are involved in the media and marketing communities and are willing to work together with you to ensure the alignment of the goals of Discovery Networks, and the sustainability of these important apex predators.

We look forward to your response.

It was signed by 342 more people most of whom work with, dive with, or know sharks well, and resulted in a three and a half hour meeting with Discovery executives in which the following facts emerged:

Shark Week is aimed at young men, the small segment of the population who generally looks for thrills in their television viewing.
*

The programmers are uninterested in the true behaviour of sharks, and focus instead on how to make them look “scary and dangerous” which is what their viewers want
*

They said they would add some information about sharks being endangered by overfishing, and try to show more real science, especially if we provided good stories on sharks for them.
*

They admitted that cars, coconuts and bees kill more people than sharks, but though their audience believes that Discovery is presenting scientific truth in their productions, their falsifications and wronging of sharks does not trouble them.

We did provide them some interesting stories on sharks, but they ignored them, and continued to portray sharks as monsters.