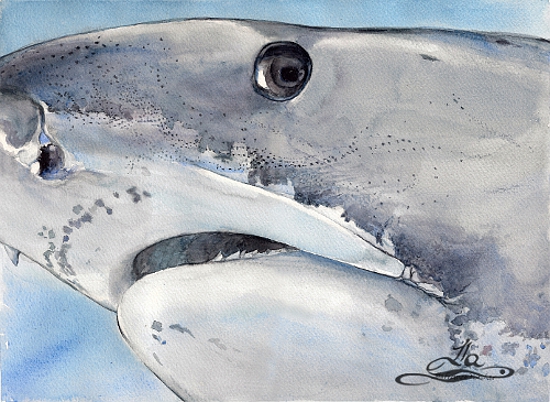 Since 1987, Discovery Channel, owned by Discovery Communications, has presented 'Shark Week' each summer. The week long series of shows promotes these endangered marine animals as man eating monsters, facilitating their mass slaughter with almost no public sympathy, nor protest.

The company has so effectively convinced their millions of viewers that sharks deserve to be hated, that many people think that sharks should be hunted to extinction. The company has created a wave of fear of the sea, in people who grew up watching Shark Week.

Discovery executives know exactly what they are doing, and call it 'shark pornography,' while they rake in billions of dollars. They excuse themselves by claiming they are only giving the public what it wants, but the public's love of horror shows has nothing to do with Discovery's responsibility for having made sharks the subject of that horror.

Through their dishonest use of sharks for profit in horror shows, Discovery is responsible for erecting a virtually impenetrable barrier to the protection of sharks from being massacred to extinction.

Until recently, even the dangers to sharks from overfishing was covered up by Discovery, because they considered conservation to be an unpopular subject.

Scientists who's work has been used for Discovery's Shark Week have found it twisted and misrepresented by the company. Shark Week is nothing more than tabloid journalism, and does not reflect modern scientific knowledge.

When I was on Shark Week in 2004, I gave this message to their film crew and presenter, Mike DeGruy. But it was suppressed because it contradicted the dangerously stupid and bloody-toothed image of sharks that they wanted to convey.  So it is now in a short video, along with the news that what is known about wild shark behavior has now been published. Sharks are not the cold and senseless monsters described by fisheries science and the media. They are ordinary animals, thinking about their lives, each one with a perspective that matters to him. The True Nature of Sharks is a full scale exploration of wild shark behavior. Drawn from fifteen years of observing sharks underwater as animals and individuals, it reveals a new dimension of understanding of their lives. This timely book will make the mysterious world of sharks come alive for you, and show you how the flexible and complex actions of the sharks reveals their conscious intelligence.
Read more